Why Everton must make a January swoop for Domenico Berardi

According to a report by the Sun, Everton were interested in Sassuolo forward Domenico Berardi earlier this summer. However, a move never materialised and the Italian stayed put at Sassuolo.

Domenico Berardi, 24, burst onto the scene with 31 goals and 16 assists in his first two seasons with Sassuolo. Things have slowed down since but his talent is undeniable. This season, he has scored two goals and supplied as many assists in 11 Serie A games.

As Everton continue to struggle in front of the goal, should they rekindle their interest in Domenico Berardi? They surely should.

Everton are doing well in the Premier League under new manager Marco Silva, who has changed the style of play at Goodison Park. Under Marco Silva, the Toffees are playing an entertaining brand of football, unlike how they performed when Sam Allardyce was at the helm last season.

There is a lot of positivity around Goodison Park at the moment due to change in the dynamics of playing style seen this campaign. And a point against Chelsea at Stamford Bridge last weekend provided Everton with the impetus they needed before heading into the international break.

However, the Toffees have struggled to score goals at a consistent rate despite their attacking riches. Cenk Tosun has struggled for goals this term, which has forced the manager to use Richarlison at the tip of the attack. Theo Walcott has blown hot and cold while Bernard is yet to fully adapt to the Premier League.

Much of the attacking workload has been shouldered by Gylfi Sigurdsson and Richarlison, both of whom have contributed with five goals each. That said, Everton need a versatile attacker who can score as well as create goals at a constant rate.

Sassuolo forward Domenico Berardi would fit the bill perfectly at Everton. Berardi has the ability to operate on either wing and also as a centre-forward. 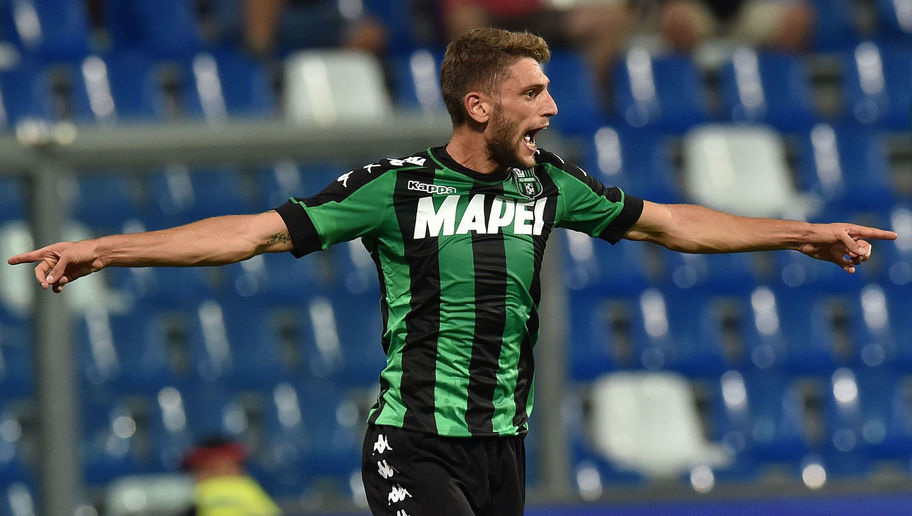 A quick, industrious, technically gifted and a hardworking left-footed forward with an eye for the goal, the Italy international excels in linking up the play and creating scoring opportunities for his teammates.

Berardi has the ability to operate as an inverted-winger down the right where he uses his explosive pace and dribbling skills to take the defenders by surprise. To add to that, he mixes creativity with strength and can terrorise defenders with his quick movement off the ball.

Everton are finding goals tough to come by despite the presence of Tosun, Dominic Calvert-Lewin, Richarlison, Theo Walcott and Gylfi Sigurdsson.

The scarcity of an outright goal-scorer could be detrimental for Everton and Berardi might just solve the problem by getting accustomed to Silva’s style of play. Hence, Everton must go all out to sign Domenico Berardi in January.