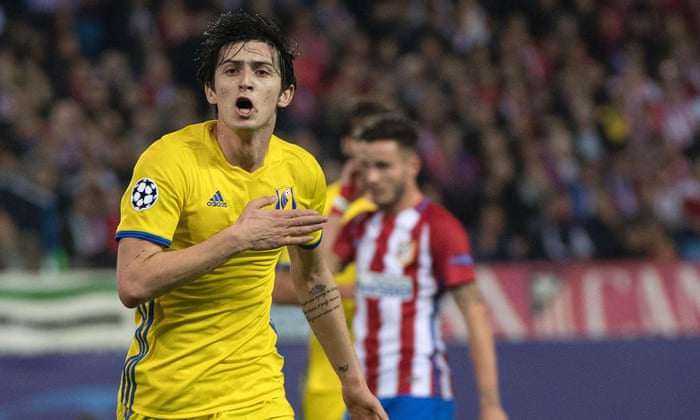 For all their attacking flair and nuance this season, Liverpool still look like they lack a striker or a forward player that could make a difference. Daniel Sturridge and Divock Origi are currently the strikers that find themselves behind the pecking order of Roberto Firmino. Both the strikers have had to be content with substitute appearances. The ever-injured Ings is now out for the season and with Sadio Mane set to take part in the African Cup of Nations in January, Klopp wants to add something different to his attack.

This search for a striker has taken Liverpool to Russia. To FC Rostov in particular, where an Iranian striker who goes by the name Sardar Azmoun plies his trade. The 21-year-old progressed through the youth ranks of many Iranian clubs at the start of his career. Good showings for these youth teams and in a few international competitions for youngsters put him under the spotlight and big European clubs soon began to take notice of Azmoun. But he decided to reject these offers from big clubs and also rejected a few local Irani clubs such as Persepolis, Esteghlal and Sepahan.

He instead decided to make the move to Russian football where he joined Rubin Kazan. In doing so, he became the first Iranian footballer to make the switch to the Russian Premier League. Moving to Russia as an 18-year-old definitely wasn’t easy for Sardar and undoubtedly he found it tough going in the beginning. But when he was given a chance to play, the Iranian looked unfazed and put in performances that would hold him in good stead for the future. He scored in just his second game for the club, in a Europa League tie against Molde after coming on as a substitute. On his league debut, he managed to score a goal and assist another against Anzhi Makhachkala.

In his first season at Kazan, Azmoun registered 4 goals and 3 assists in 14 league games, averaging a direct goal contribution every 112 minutes. More sides began to take notice of the Iranian and his exploits in Russia. But after a relatively quiet second season at Rubin Kazan, he was loaned out to FC Rostov in order to get much-needed game time. He arrived at Rostov with the club right in the middle of a relegation battle. His form and 3 goals steered the club to safety. This earned him an extension to his loan deal at Rostov. The next season saw Azmoun playing at his best as he scored 9 league goals as Rostov finished second( their best ever league finish) and earned themselves a place in this season’s Champions league.

Azmoun was central to Rostov’s success and he ended up moving to Rostov on a permanent basis, although quite controversially, it must be added. This season, Azmoun has been quiet for Rostov in the league as he has scored just 1 league goal in 10 appearances. But on the European front, Azmoun has been indispensable for the Russian team. His goals against Anderlecht and Ajax in the qualifying rounds of the Champions League sent them through to the group stages of the competition. Azmoun has again hit the ground running in the group stage matches and has a goal against Atletico Madrid to his name. It was an equalizer that eventually went in vain as Rostov lost to a late goal from Atletico. Such form has again seen big clubs knocking on his doorstep. Liverpool, in particular, have registered an interest in him and are looking to bring him to the Premier League.

He is a 6’1 striker who is primarily deployed in the role of a centre-forward. His ability to play comfortably with both feet, trouble defences with a range of movement means he can also be played in a number 10 role or in a secondary striker position. But his goal scoring prowess shows that he must be played up front for maximum results. Azmoun is also particularly good at dribbling and has shown time and time again that if he is given the ball at his feet and is left to enter the opposition box, he can make things happen.

His goal tally at the international level for Iran might be impressive (16 goals in 22 games) but his tally at the club level, especially this season isn’t something to be desired. This could be down to the defensive tactics employed by FC Rostov. Also, the Russian league is known for teams that like to sit back and hit teams on the counter.

The route from Russian football to English football is a tumultuous one, as discovered by Yuri Zhirkov, Andrei Arshavin and a few others who have tested themselves in English shores. Azmoun, if he makes the move must be patient and bide his time initially and get used to the rigors of Premier League football. The future is bright for the young Iranian, but he must choose his next move wisely.