It was a proud night for the Arsenal academy as Emile Smith Rowe, Eddie Nketiah and Joe Willock rose to the occasion on a chilly winter night in Ukraine to give the Gunners a comfortable 3-0 victory over Vorskla in the group stages of the UEFA Europa League.

Arsenal stretched their unbeaten run to 18 games across all competitions with that 3-0 win in Ukraine and Unai Emery should have been a happy man heading into the north London derby on Sunday.

The Gunners thrashed Tottenham 4-2 on Sunday and are currently placed 4th in the Premier League standings with 30 points from 14 games, eight points behind league-leaders Manchester City.

As much as Arsenal have promised in the attacking third this season under Unai Emery, the Gunners do not have the best defensive record amongst the top-half teams. Arsenal have conceded 18 goals so far in the Premier League, 12 more than Manchester City.

Susceptibility at the back has been one of the drawbacks of Unai Emery’s otherwise illustrious reign at the Emirates this season. The Spaniard bolstered the backline with the signing of Sokratis from Borussia Dortmund in the summer but Laurent Koscielny’s injury and Shkodran Mustafi’s poor run of form hasn’t helped the Gunners.

Nacho Monreal and Sead Kolasinac have been in and out of the team due to recurrent injuries this season, forcing Emery to field Granit Xhaka as a makeshift left-back on a couple of occasions. Ainsley Maitland-Niles was on the sidelines for a long time after fracturing his leg on the opening day of the Premier League but he has featured sporadically in recent weeks.

Suffice to say, Arsenal need strengthening in the left-back position as Monreal is already 32 and is nearing the end of his time at the Emirates. Maitland-Niles is still a youngster and is likely to be exposed against potent opposition due to the lack of experience at the highest level. Sead Kolasinac is a decent option but he is a bit too injury-prone to rely on.

To put things into perspective, Shakhtar Donetsk’s left-back Ismaily would be an ideal choice for Unai Emery. Emery’s high pressing strategy necessitates the full-backs to make attacking runs further up the pitch and that is exactly the reason why Arsenal should make a move for the flying Brazilian defender in January.

To add to that, Emery hasn’t been hesitant to use a back-three system in some games, which would make someone like Ismaily a valuable addition to the squad.

Ismaily, 28, has been one of Shakhtar’s most distinguished players for quite a long time now, helping his team stamp their authority over rivals Dynamo Kyiv in the Ukrainian Premier League. The Brazilian has amassed 14 goals and 27 assists from 153 appearances for the Ukrainian giants across all competitions.

The 28-year-old Brazilian has been in scintillating form in the UEFA Champions League this season, scoring two goals and providing two assists in the group stages.

Ismaily averages 2.4 shots, 1 dribble, 2.4 tackles and 2.6 clearances per game in the Champions League this term, figures which are quite telling for a full-back.

Furthermore, he averages 45.6 passes per game with an accuracy of 85.5%, which shows that his passing is as good as a midfielder’s.

A fast, agile and technically-gifted left-back, Ismaily is known for his powerful overlapping runs down the left. He uses his pace and dribbling skills to weave his way past the opposition and adds substance to the attack with his brilliant link-up play and accurate cut-backs from the left.

He draws the defenders out from their position with incisive runs and has a powerful left foot that is capable of finding the net from tight angles with first-time shots and volleys. 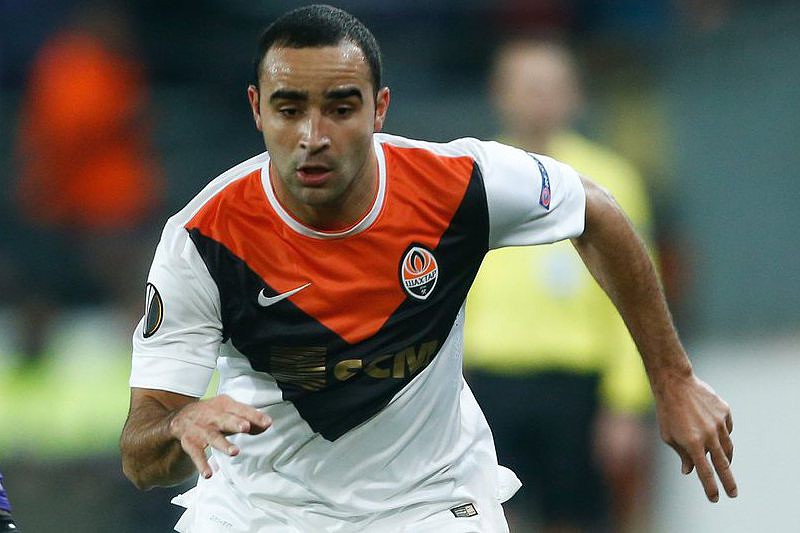 Read More: Arsenal can send out a real statement of intent by signing this world-class Barcelona star in January

While he contributes a lot to the attack, he does not neglect his defensive duties and is capable of closing down the attackers with excellent recovery runs to break up the play.

Known for his ability to halt the progress of the opposition with crucial tackles, Ismaily has a decent sense of positioning for a full-back and excels with his game-reading abilities.

That said, Arsenal should definitely make a move for the hugely experienced Brazilian left-back in January to shore up their backline.