Chelsea winger Lucas Piazon was targeted by French club Stade de Reims earlier in the summer, according to the Sun. However, a move never materialised and Lucas Piazon has been at Chelsea.

The 24-year-old Brazilian was on a two-year loan spell at Fulham and his spell ended in May after Fulham got promoted to the Premier League.

Now back at Chelsea, Piazon has found it difficult to break into the first-team under manager Maurizio Sarri. Chelsea are heavily stocked in the midfield as well as in the forward department, which hasn’t allowed the Brazilian to get a sniff of first-team football this season.

Piazon has been on the books of Chelsea since 2011 when he joined from Sao Paulo. The 24-year-old made only three appearances for Chelsea as a teenager but has spent the last five and a half years at various clubs in Spain, Germany, Netherlands, and England.

In his two seasons at Fulham, he notched up 12 goals in 58 appearances in all competitions. Now that Piazon finds himself completely out of favour under Sarri, should Fulham make a permanent move for him in January? 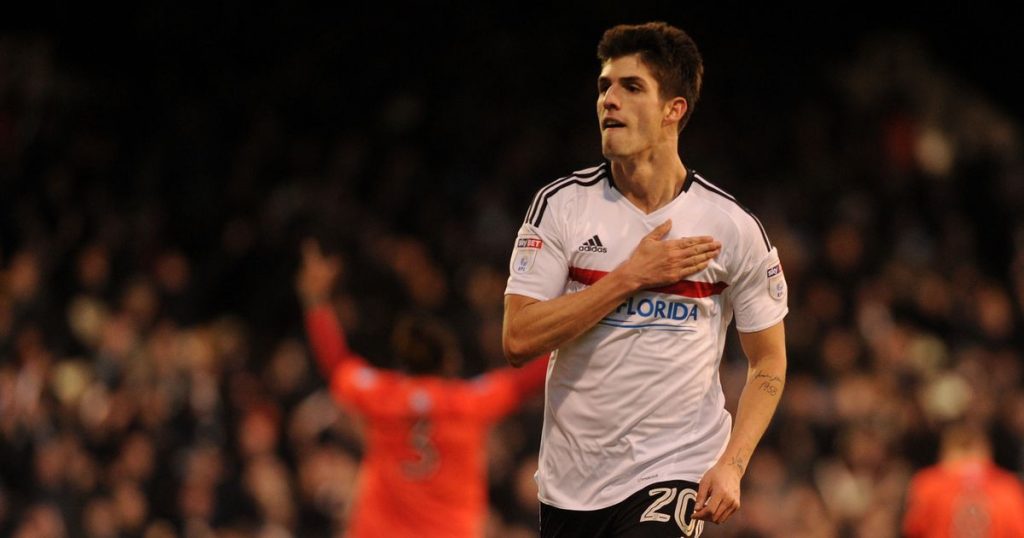 They definitely should. Fulham scripted headlines in the summer by making some big-money signings following their return back to the Premier League.

The likes of Jean-Michael Seri, Aleksandar Mitrovic, Andre Schurrle and Luciano Vietto came through the front door at Craven Cottage but Slavisa Jokanovic hasn’t got the results he had hoped for. While the Fulham squad is immensely talented and capable of giving any Premier League team a run for their money, Jokanovic still doesn’t know his best XI.

The 5-1 battering at the hands of Arsenal at Craven Cottage exposed a lot of problems Jokanovic needs to address that before time runs out for him. The Serbian tactician, despite spending a lot of money in the summer, has not got a good start in the Premier League.

Truly, Fulham’s problems lie in the defence and Jokanovic should consider signing a quality centre-back in January. But he must also look to bolster his attacking options in January despite his team loooking impressive in the final third. The Cottagers can certainly do that by adding Piazon to the squad.

Piazon is a versatile attacker who is capable of playing as a left-winger, as a playmaker or in the hole behind the striker. The Brazilian is a technically gifted attacker who is creative and knows to make intelligent runs behind the defenders. He is also a very good reader of the game and can be an unstoppable force on his day.

At 24, Piazon still has his best years ahead of him but in order to unlock his potential, he needs to play regularly.

That’s not going to happen at Chelsea, meaning he must leave Stamford Bridge to start his career from scratch. A move to Fulham would be ideal for Piazon, who could again become a key player for Jokanovic.