Why Celtic should sign Fran Sol amidst interest from other clubs

According to a report in the Scottish Sun, Scottish giants Celtic and Rangers are keeping a close tab on former Real Madrid striker Fran Sol. The report claims that both clubs have sent their respective scouts to watch the player in action for Dutch club Willem II.

Sol is out of contract at the end of this season and there is an option for the club to extend his stay by a year. He has been in great form this year and Willem could be tempted to trigger that extension clause and make him stay.

Here’s why Celtic should guard the challenge of other suitors and get the Spaniard in next month’s transfer window: 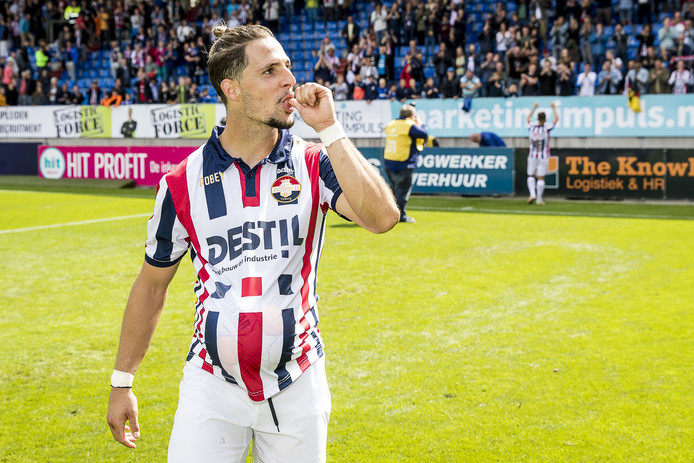 Hoops’ need for a goal-scorer

After selling Moussa Dembele late in the summer window, it is pretty clear that Brendan Rodgers’ men need a striker in January. They have two options for the No.9 role – Odsonne Edouard and Leigh Griffiths, of which the latter could be out for a long time after suffering certain issues relating to mental health.

If the Hoops are to challenge on all fronts come the second part of this season, they require a striker. The club is in the title race as per expectations, and are also in the knockout stages of the Europa League, where they will face Valencia in the round of 32.

Getting former Real Madrid striker Fran Sol could be ideal for the club. Predominantly an out and out striker, the Spaniard is comfortable playing as a number 10, supporting the lead man. His form has been fantastic this season in the Eredivisie, scoring 12 goals in 16 league games.

In terms of the attributes, he possesses a lethal right foot with which he finishes off chances at ease. His height (181cm) allows him to be a genuine threat from set-pieces and crosses from the wide areas. In fact, he has an aerial duel rate of 3.8. He is more of a shoot-at-sight striker, always willing to test the keeper whenever possible.

Hence, everything is pointing towards Celtic being a perfect fit for the striker. The Hoops can also benefit from the fact that Sol is lethal in front of the goal, something which is a necessity, especially in European games.