According to an update from the Liverpool Echo, Jurgen Klopp is keen on making a move for Werder Bremen’s Max Kruse in the summer. The German’s contract with the Bundesliga outfit expires next month and he will be available on a free transfer.

Liverpool, despite having what is arguably the scariest attack in the Premier League with Sadio Mane, Roberto Firmino and Mo Salah, are looking for an attacker to compete with Premier League champions Manchester City again next season.

All transfer business is expected to be put into motion after the much-anticipated Champions League final against Tottenham Hotspur early next month but a shortlist is already underway according to the report with Max Kruse an interesting option.

Jurgen Klopp would know all about the German forward, having faced him on multiple occasions during his time as a manager in the Bundesliga. However, as good as Kruse could be, Liverpool’s interest in him is a huge shock. 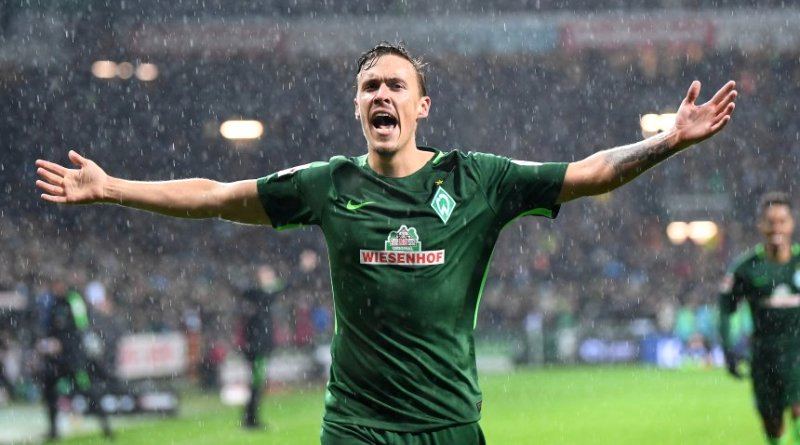 Firstly, Kruse is already 31. The German could potentially struggle to get used to the physicality of the Premier League next season due to his age. His chances of regular game time are also slim at best, which would make him a reasonable back-up to Roberto Firmino.

Kruse has been fantastic for Bremen this season, for whom he has scored 12 goals and provided 14 assists in 36 games. His clinical finishing has made him a real asset to his side and he has rarely ever let them down.

One of the biggest reasons why Kruse could be a success at Liverpool is thanks to his ability to drop back to help out with the build-up. Kruse, despite being well known for his goal scoring in Germany, is a very creative forward who has exceptional awareness of runners around him.

His staggering 14 assists from centre-forward position shows how good he can be when he has willing runners around him and at Liverpool, he will have just that. The addition of Kruse, if he were to be a starter, opens up the option of pushing Firmino a bit deeper which would give the Reds a flexible front line.

Kruse and Firmino could constantly switch positions up front which would obviously make it a lot harder for opposition defenders to contain him. That combination of movement will drag defenders towards them, which would open up a ton of space for Mane and Salah to exploit in the final third.

Max Kruse would surely be a gamble for Liverpool but considering his experience and the fact that he would be coming in for free gives Liverpool the option to try their luck and it could well turn out to be a brilliant move.