According to a report in Bristol Live, Premier League side Tottenham Hotspur are eyeing up a bid for Benfica winger Joao Filipe (aka Jota) during this summer transfer window.

The 20-year-old, who has a contract with the Portuguese side until the summer of 2020, does have a release clause of €30m, which can be triggered by any club at any time. (h/t Bristol Post)

Spurs are ready to make a concrete bid for the player after already approached him before. (h/t Bristol Post)

Jota had a great season with Benfica, scoring 10 goals and supplying 8 assists in 29 appearances in all competitions. He is an upcoming talent with loads of potential in the world of football. 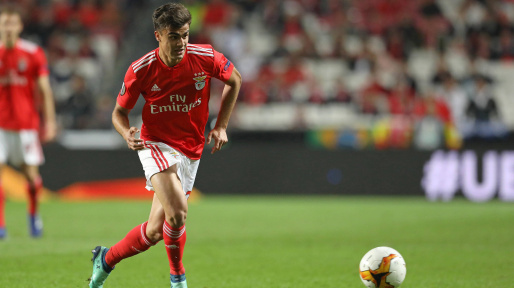 Here’s why Tottenham should sign him during this transfer window:

Spurs need squad depth to compete in all comps

Having not signed a player in the last two transfer windows, it is pretty clear that the Tottenham squad is a bit restrained in terms of depth in each position.

For that reason, we have seen them not able to compete in multiple competitions, despite having a very good manager and a fantastic first-choice XI.

Their run to the Champions League final ran the risk of them losing the top-four place in the league, despite being comfortably third in March.

Hence, it is a cliche that if Mauricio Pochettino’s men are to compete with the likes of Liverpool and Manchester City in the league, and also aim to make deep cup runs in a season, they need quality backup in their squad, especially in wide attacking areas. Thus, making a move for Jota would make sense. The Benfica man is a left winger by trade, but he can operate on the other side or can lead the line as a false nine if required.

The 20-year-old could be a width-provider in a team that mostly plays through the lines and banking on full-backs to provide the width.

At such a young age, Jota has come leaps and bounds in the past 12 months. He possesses the quality to come into this Spurs squad and challenge for a place in the first-choice XI.

Therefore, it is a no-brainer for Tottenham to make a strong bid for the player and sign him this summer.