Patrik Hrosovsky would be the perfect January business for West Ham

According to AS English, West Ham are interested in signing Slovakian international midfielder Patrik Hrosovsky from Czech club Viktoria Plzen in the January transfer window.

The report claims that Manuel Pellegrini is ready to dip into the transfer window to bolster his midfield options which have been cut short due to injuries to Jack Wilshere and Carlos Sanchez.

Hrosovsky made the headlines in the UEFA Champions League this season for scoring at the Bernabeu against Real Madrid. The 26-year-old was instrumental in Plzen’s victories over Roma and CSKA Moscow in the group stages, helping the club make it to the round of 32 of the Europa League.

The central midfielder has made 188 appearances for his boyhood club Viktoria Plzen across all competitions, accumulating 8 goals and 17 assists. One of the driving forces behind Slovakia’s march to the last-16 of Euro 2016, Hrosovsky has attracted interest from several top clubs across Europe and he might be on his way to a top league this season following his heroics in the Champions League.

Standing at 5ft 8in with a diminutive frame, Hrosovsky is a versatile midfielder who is comfortable in central and defensive roles in the middle of the park.

He is not the sort of player who stays too deep but he can definitely play as a shield for the rearguard due to his ability to break up the play with crucial tackles and interceptions. One of his most impressive attributes is his wonderful range of passing which allows him to keep the ball ticking in the middle of the park.

The Slovakian also has the intelligence and the vision to switch the play and change the focal point of the attack with accurate cross-field passes and diagonals, attributes which are similar to a deep-lying playmaker. 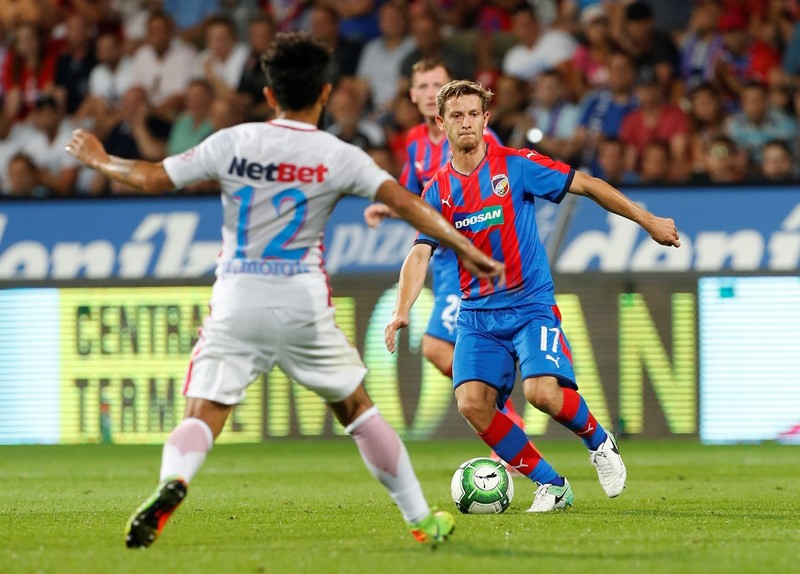 He averages 46.5 passes per game with an accuracy of 91.4%, including 3.3 successful long balls per game in the Champions League this term. Furthermore, he averages 1.8 tackles, 1 interception and 1.8 clearances per game.

To put things into perspective, he would be a welcome addition to West Ham’s squad in January, with Pellegrini in dire need of midfield options to combat an injury crisis.

The Hammers have recovered from a slow start to the season and they currently sit 10th in the table, just a couple of points behind 7th-placed Watford.

In all honesty, West Ham could have found themselves a lot higher up the table at this point of the season had their campaign not suffered due to injuries and inconsistency.

Mark Noble has done a good job alongside Declan Rice, who has been one of the revelations of the Premier League this season. But the Hammers need more options in the middle of the park to stamp their authority over their mid-table rivals.

Read More: 17 goals, 5 assists – This Colombian star would be an instant upgrade on Hernandez and West Ham must get him

Patrik Hrosovsky is a hugely experienced player who has also excelled on the European front for a number of seasons and West Ham can do themselves a world of good by snapping him up in the mid-season trading period.