Liverpool’s incredible Champions League run suffered a heartbreak when a couple of howlers from Loris Karius allowed Real Madrid to beat the Reds 3-1 in the final and secure their third consecutive elite European title under Zinedine Zidane.

Karius, who earns £25,000-a-week, was preferred by Jurgen Klopp between the sticks throughout the competition and eventually replaced Simon Mignolet as club’s No.1 in the league as well. Klopp reportedly shelved the plan of recruiting a new keeper following Karius’ rise but the Champions League heartbreak has forced him to dive into the market in search of a renowned custodian.

The Reds have been extensively linked with a move for AS Roma goalkeeper Alisson Becker and are reportedly after Atletico Madrid’s Jan Oblak as well. But neither of them will come cheap and the high asking fee must have forced the Merseysiders to weigh up other resources too.

However, the ongoing saga of Thibaut Courtois has introduced a new twist to Liverpool’s goalkeeping conundrum. The Chelsea sensation has reportedly rejected several extension offers despite entering the final year of his £120,000-a-week contract at Stamford Bridge.

The Blues are willing to listen to offers for the 26-year-old Belgian international and the Reds, as per reports, are one of his many admirers interested in signing him.

The two-time Premier League champion was acquired seven years back from Genk but a successful loan spell with Atletico Madrid brought him fame. He spent three seasons there and played a massive part in clinching the Rojiblancos’ historic La Liga triumph in 2014.

Courtois flourished in the Premier League on his return to Chelsea and won them the league under Jose Mourinho, where he was handed the No.1 role ahead of veteran Petr Cech.

Courtois will indeed be an upgrade to Karius if Liverpool manage to sign him but a few weaknesses of the 6ft 6in Belgian must be analysed before pursuing a deal. His distribution skill has often been criticised which will probably hinder the Reds’ free-flowing football from the back.

Also, he has struggled at times to deal with grounders but has exhibited excellence from close range, one-on-one and also with his shot-stopping traits.

Karius, on the other hand, pulled off some stunning stops since earning a regular first-team role midway through the season but still needs to work a lot harder to match Courtois, who is adored as one of the finest of goalkeepers in world football. Courtois, at times, is criticised for his underwhelming outings but still holds better numbers than Karius in some departments. 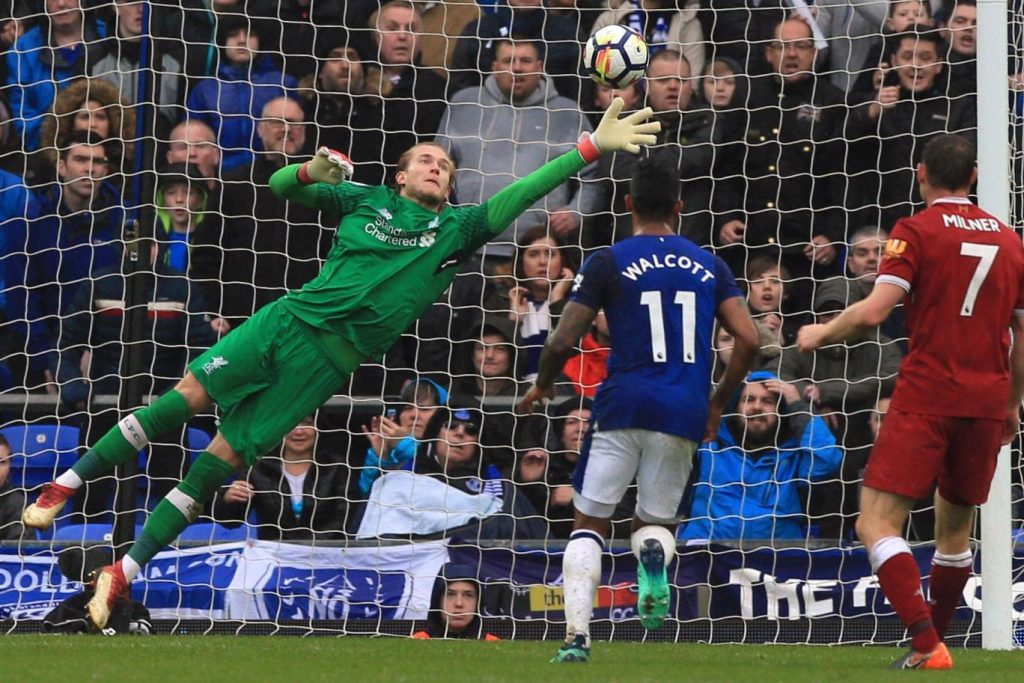 Although he played almost double the number of games than the young German custodian in the league, the Belgian made 1.74 saves per game, slightly better than Karius’ 1.47. The Liverpool keeper had 2 saves per goal whereas Courtois made 2.10, which is again marginally better.

The distribution accuracy is very crucial in Klopp’s football but Karius (72%) failed to match Courtois’ 75% on an average per game.

Chelsea were knocked out from the Champions League round of 16 vs Barcelona but Courtois maintained a better distribution accuracy. Although his distribution stats are not convincing either, its better than the German.

The overall command, reputation and impact between the sticks make the Chelsea star a certain upgrade in Liverpool goal.