Crystal Palace picked up their second win of the season, against Huddersfield Town, after Wilfried Zaha scored to hand the Eagles another win. Roy Hodgson’s men are yet to win a game without the Ivorian in the team and this has been the case since last season.

Palace struggled to score against Southampton with Zaha out injured and that’s how much the former Manchester United winger means to the team. In the meantime, Hodgson handed new signing Jordan Ayew his second start of the season.

The Eagles signed the Swansea City striker on a season-long loan deal in a bid to bolster their firepower. (ESPN)

Ayew picked up the assist for Zaha’s goal and looked terrific throughout the game. It seems as though Roy Hodgson should hand the Swansea loanee a regular role in the squad now.

Ayew was the Swans’ leading goalscorer last season but his efforts were unable to keep the club in the Premier League. The 27-year-old scored 7 goals and provided 2 assists in 36 appearances last season. Initially deployed as a central attacking midfielder, Ayew has now thrived after being shifted to a striker’s role in the last two seasons. (Stats Courtesy – Premier League) 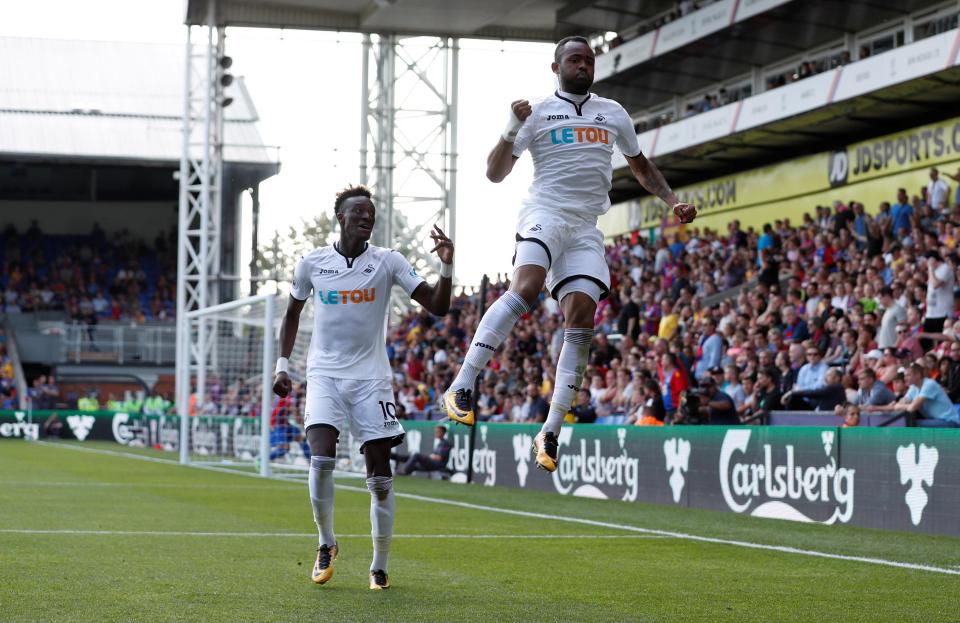 Ayew also provides Hodgson with a healthy number of options up front. He is capable of playing as a central attacking midfielder and on either flank as well. The striker’s link-up play with his teammates is superb and fluid as well.

A very mobile and lively forward, Ayew is capable of making runs deep into the box and handing defenders a tough time at the back. He has averaged 1.5 shots in the 2 games he’s started so far. Palace looked a lot more venomous going forward with Ayew up front instead of Christian Benteke. (Stats Courtesy – Whoscored)

The Belgian has largely underperformed in the last two seasons and looks a shadow of his old self. It’s now time for Roy Hodgson to hand the talented Jordan Ayew a run of games. The 27-year-old will provide Palace with more intensity and cutting edge in the final third.

It’s been just two games for the Swansea loanee but he will surely find his feet in no time. Roy Hodgson should now play him on a regular basis in order to maintain the form and momentum. Relying too much on Wilfried Zaha will cost the club as they could struggle in his absence. In Jordan Ayew, Palace can find another hotshot striker.